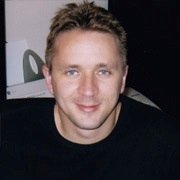 I am Dmitri Moore, a full stack architect and hands-on coder. I've been programming for almost 2 decades now and saw many frameworks going from super popular to fairly forgotten. So far, PKAN is my favorite stack:


Let's see how long this one is gonna stick around.

As we all know, the DDO (Directive Definition Object) returned by the Angular 1.x directive callback function has a require property, that sort of establishes dependency of one directive on others. This is a convenient way of building components that contain multiple directives where one directive may depend on the functionality of others. In practice, the require property simply tells Angular compiler where a particular directive controller should be search for.

Recently, reviewing AngularJS 1.3 source code, I’ve realized that there were some additional options for the require property besides what I already knew about.

The way directives currently "require" other directives will be obsolete in Angular 2.0 along with many other things. It is my understanding that the preferred way of directive communication will be via Dependency Injection of one directive into another.

Let’s take this trivial example of defining a UI “Tabs” component in Angular via two directives:

Here is a list of all prefixes supported by the require: property and their corresponding effect on the search path:

As you’ve probably already noticed, the ? in the prefix simply makes the search optional, so the compiler doesn’t throw any errors and the link function simply receives null as the fourth argument, if such controller is not found.

Also, worth noting that if multiple directives are required, the require property of the directive can take an array argument:

In this case, the injected 4th argument in the link function will be an array of controller objects in corresponding order.

Today my environment was: